Tim Baker writes: Richard Cook the Conservationist is doing a grand job and has nearly finished the Sharpe Memorial restoration on the Church Hill steps.  A couple of photos taken last week also show the maker’s name which has just been uncovered ~ Bennett of Brighton.  We think this was covered up during World War Two when signposts were taken down and no clues were left to try and confuse any potential invading force. 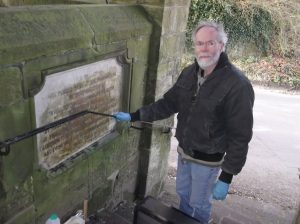 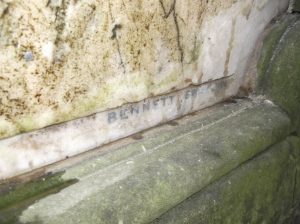