On 14th August the priest of St Margaret’s church in West Hoathly discovered that metal thieves had targeted the churchyard, stealing the brass plaques that mark the graves of 52 local parishioners. 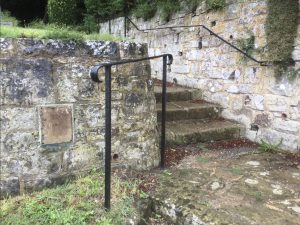 St Margaret’s has terraces along which funeral ashes are buried, and have been for over a hundred years. Plaques commemorating their lives are attached to the adjoining wall, where relatives come to pay their respects.

Two men were seen by a witness acting suspiciously on Wednesday 13th August, at about 3.15pm, carrying a bucket with what was thought to be slate.  They ran off and although it seemed odd, no connection was made between the bucket’s content and the terraces.

The next morning the scale of the theft was discovered, leaving the local priest, Rev’d Nicol Kinrade, Churchwarden and parishioners shocked by the callous act.  Many plaques were missing, and others were damaged where the thieves had been unable to detach them from the wall.  The police have been notified.

Rev’d Nicol says: “This is very distressing for the relatives, and for the Church.  The scrap value of the metal will be nothing in comparison to the hurt this will cause people, to know their family graves have been subject to such unthinking indignity.  We ask the people who did this to step back from their actions, look to their conscience, and please return the plaques.”

Rev’d Kinrade is working to identify the missing plaques so that families can be notified.  In the meantime if families of those buried on the terraces visit the churchyard, they can let her know on 01342 810 183 if their relative’s burial marker is damaged or missing. 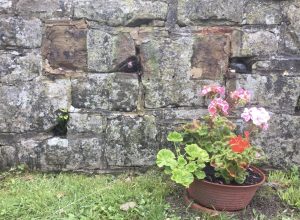