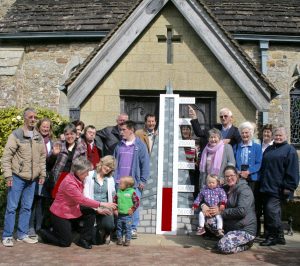 Looking back, 2016 was a really successful year starting with the launch of the fund-raising campaign for the Church Building Fund.
By the end of 2016, the fund stood at around £157,000 meaning that we raised around £90,000 in the year from a combination of donations, legacies, grants and proceeds from the numerous social events.
We have surprised ourselves at times with the success of our social events. The varied programme comprising the Sponsored Walk, the Medieval Banquet , the Village Trail, concerts and other events have made significant and useful contributions to the Fund but also has provided entertainment and fun right across the community. This programme is an essential part of our fund-raising campaign because we need to demonstrate to potential sources of grants that the community as a whole is actively involved in preserving and improving our historic Church building. 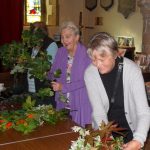 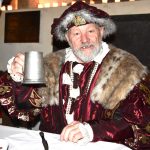 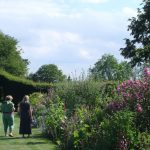 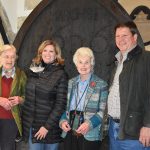 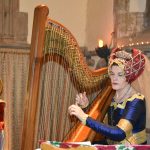 Quite an achievement and so a ‘big thank you’ to everyone who has contributed and supported all of the various elements of the campaign.
We paused for breath in November & December but the fund-raising campaign is about to re-start. There will be a continuation of the regular social events in & around the Church and we will soon be announcing the programme for the first half of the year. Look out for details on the ‘Hoathly Hub’ and on the Church’s own website – www.westhoathly.org.uk.
There will be two new and major campaigns to (hopefully) raise significant sums of money for the fund.
The first of these will be a ‘Foundation Stone Appeal’ which will be a direct appeal to parishioners who might be able to make sizeable donations. We hope that this Appeal will raise between £30,000 and £50,000. More details of this will be announced around the beginning of February.
In tandem with the Appeal, we will begin submitting a round of grant applications that potentially could raise anywhere between £0 and £100,000. Already, we have received a grant from The Ernest Kleinwort Charitable Trust and we are anxiously awaiting the result of our application to The Garfield Weston Foundation. Making grant applications is a difficult and tense business as there are no guarantees of success so the hope is that our application will find a sympathetic response at a time the grantors have funds available.
Thus, with continuing hope, faith and charity, we could find ourselves within touching distance of our target relatively soon. We need to hit the figure of £300,000 as soon as possible but, in addition, we have to raise additional sums to meet ever rising building costs. It sounds a daunting task but who would have thought that we would have raised £157,000 in just over 12 months!
Trevor Swainson